Today, (February 17) would have been my dad’s 92nd birthday.  I can hardly believe he’s been gone over 20 years.  Seems like yesterday I last heard his voice, saw his face.  Time assuages grief, but rarely a day goes by that I don’t think of something I would like to talk to him about. 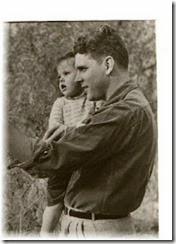 He was reserved and shy to those he did not know well, but at home there was lots of conversation about so many things.  I suppose that is what I miss most.  Discussing books, politics, religion—so many things he was interested in. 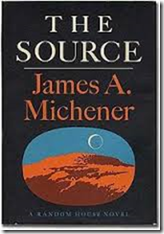 He was born in 1922 to young parents who did not belong together.  His mother was loving and faithful, but his young father (barely 20 years old) was not up to fatherhood and left to seek employment in Utah.  He did not see his son until he was almost three years old.  There little interest shown and the resulting pain of indifference and broken promises.  I’ll never forget my dad telling me of the time when he realized that the dad he had idealized in his childish mind, did not exist.  My grandfather had come to his hometown for a visit from NYC where he was working at the Times.  My dad who was ten years old, admired a boy riding on a fancy English bike.  “So you would like one of those?” his dad asked.  “Just wait until I get back to NYC—I will send you one right away.”  Of course he waited expectantly for the bike that never came. 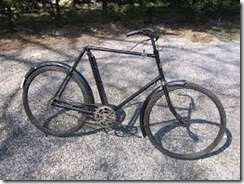 Some folks follow in the footsteps of a negligent or abusive parent, but to my dad’s credit, he determined that he would be a faithful husband and family man—everything his own father was not.  Of course, it’s so easy to gloss over imperfections and as “C” reminds me those who have passed on suddenly become saints.  My dad was beloved, but he had his faults.  There was a simmering rage at being rejected that I have seen in everyone I’ve known who has been rejected by a parent.  Sometimes it spilled over at home—usually directed at me!

I wrote about my dad a few years ago in a post titled He Was Unwanted.  A reminder to me that every life has a purpose and should be celebrated.  So on February 17, each year my mother would bake  daddy’s favorite cake –Pineapple Refrigerator Cake—a vintage recipe from the fifties that she got from our neighbor, Betty, who was the perfect homemaker.  Her house was immaculate and she made dessert every night!  This cake would be perfect for Easter dessert and I am going to make it this year.  A tender yellow cake split into layers with a luscious lemon pineapple custard filling and frosted with fresh whipped cream!  Yummmmy! 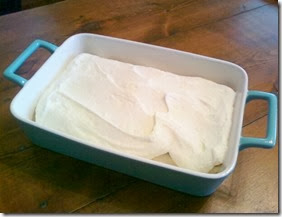 Hope you will try it!

Vee said…
What a nice way to honor your father and to remember the best and leave the rest. We might wish that his childhood had been ver different, yet he was shaped by it into someone remarkable. A loving mother/grandmother always helps.
February 18, 2014 at 6:54 AM

kath001 said…
Sweet memories. My dad has been gone over 20 years also...seems like yesterday. When I went to close on our current house, I realized that it would have been my dad's 100 birthday, so I doubt I'll ever forget the exact purchase date.
February 19, 2014 at 3:39 PM

LivingVintage said…
Very heartfelt and honest post as all yours are. I enjoyed it immensely. My father also had a temper due to abusive neglect. That particular sentence rang very true for me. I loved my father, although I was scared of him my entire life, but I'm so thankful that I went to see him when he was dying of cancer. I will always remember the sweetness of that visit. It makes me emotional every time I think about it.
February 20, 2014 at 7:56 AM

dulcy said…
Lovely post.... these memories can be bittersweet at times. Thanks so much for commenting on my feral cat, Firefly, situation. It's been a trying winter for us both....

A lovely post. My dad passed away aged 61 and has been gone nearly 25 years on April 2. I turned 25 that year so he's been gone half my life. He was a father to five of us girls so I guess he led a fairly hen-pecked life. He wasn't a big talker but I do know he commanded respect from us all (we knew he and mum were boss). He never got the chance to meet my 2 girls but he had 8 grand children before he passed and he certainly doted on them.
Sweet memories of a dear dad.

Storybook Woods said…
How amazing your father could take the pain from his childhood and instead of repeating it, he learned and was a better father. You are lucky. Clarice
April 26, 2014 at 4:31 PM

Unknown said…
V. - Thanks for the kind remembrance of my mother. She passed away on February 11th after a brief illness. Please let me know if you would like any of her other recipes.

Popular posts from this blog

Guest Post by K: Whirlwinds of Change & a New Normal 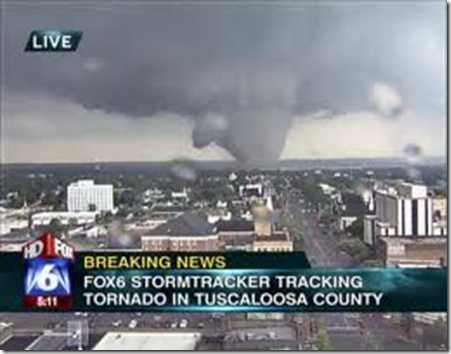 Cowgirl V:  Shortly after the tornado that struck Tuscaloosa, AL, I asked my sister if she would consider writing a guest post about her experiences there.  She is a registered nurse who previously worked with Hurricane Katrina refugees. V   Enormous, menacing killer tornado looming over Tuscaloosa, Alabama April 27, 2011   Well, it has finally started happening.  I knew the day would come, but it has taken much longer than I expected.  You see, I live in a tornado ravaged city.  The April 27 devastation that occurred in Tuscaloosa, Alabama did not destroy my home.  In fact, we had no damage.   We were out of town when the storm hit but were glued to the television as we watched it begin to tear across the city.  I cannot describe our feelings we had as we watched this giant storm make its way across the city.  Then we had to come home.  We actually came home a day early to see what we could do to help.   The large building in the background is the local hospital.
Read more

Cowgirl V: Light at the End of the Tunnel 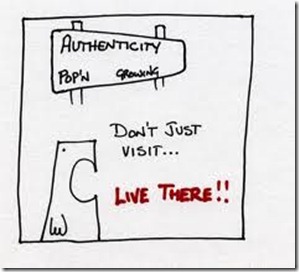 It’s much more difficult than I ever thought it would be to write what I really want to say.  I hamstring myself with fear of revealing too much, embarrassing myself or others.  I’ve often wondered if others struggle with this too.  Do I want to limit myself to writing about a slick veneer of life as seen through rose colored glasses, or do I want authenticity —even if sometimes it’s a little angry, or whiny, or questioning?   I don’t want to air all my dirty laundry publically, but I will say that my 40 years of marriage hasn’t always been rosy.  We’ve struggled through difficult times—our own  selfishness, even boredom at times.  We’ve endured the stress of rebellious, out of control teenagers.  We’ve sat in the emergency room of hospitals, with life and death circumstances before us for two of our three children.  Despite the difficult times, thankfully we have had trust  and common faith to sustain us through the rough times. We’ve been through a lot, not always sup
Read more 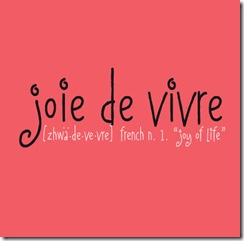 Yeah, it’s French.  And, yeah, I’m faking it—I can’t speak French, at least not yet, but it’s the phrase that came to mind this morning.  See?  I know a little… I found myself wanting to write.  But about what?  Those of us in Blogdom know that one way to get a post done is to sit at the keyboard and let our fingers do the walking…mine just seemed to take off. I thought about taking off on a comment that Vickie of Sand Flat Farm made on my last post on cussing, no less.  Her point is that we are growing “numb” to things…yes, that’s a post all right.  But this morning I don’t feel like soap box ranting (do I hear a collective sigh of relief?).  Vickie’s inspiration will wait on another day.  No, I think I feel like just reporting.  On life.  When V first dragged me into blogging and we were considering names for our blog, one of the first names my cynical mind came up with was “As if You Care!”   But I find that I do care about your mundane little life details, weird as it see
Read more

Stickhorsecowgirls
Mid-sized city, Somewhere in the South!, United States
We are "C" and "V," two baby-boomers who have been through thick and thin--50+ years of best-friend togetherness. C is a divorce attorney, separated from her husband of 40(!) years--at age 59 he ran off with a thirty-year-old-never-married-mother-of-two and has now fathered another--and we're not even divorced! A very hard time for C. C has one grown son--no daughter-in-law or grandchildren yet! (Drat!) V works in a community based instruction program in a public school, helping special-needs students learn life skills. Mother of three, grandmother of five! For 50+ years we've laughed together, cried together, and we've learned a lot! We love, love, love writing and want to share with you! Please come share, too!